If you’re between the ages of 15 and 26, there’s a good chance you’ve got the Snapchat app on your smartphone. Launched in 2011, Snapchat quickly claimed its place among some top social media platforms worldwide. If you’ve followed its progress through the years, you’ll know that this platform has been a part of more than a few privacy scandals. How do you think it has remained afloat and continue growing?

First and foremost, Snapchat has a highly invaluable Unique Selling Point (USP). The concept of sending/receiving pictures without any strings on a platform where you don’t necessarily have to disclose your identity was quite the hit among youngsters.

People from all around the world started using it for several reasons, not all of them appropriate. Regardless, the platform held up its side of the bargain to not invade their privacy unless it did.

Yep, you read that right. This happened at the beginning when the mobile app was fresh out of the oven for only about two-three years.

We won’t go into much detail, but thousands of photos were leaked, and the platform has to suffer heavy losses. However, they managed to survive and created an iron-clad Privacy Policy to prevent that from ever happening again.

In today’s blog, we’ll talk about whether or not you can block someone who blocked you on Snapchat. We’ll also discuss some related topics; read on until the end to get all caught up!

Is it Possible to Block Someone Who Blocked You on Snapchat?

Let’s first consider if it’s even possible for you to block someone on snapchat after they’ve blocked you.

We loathe to be the bringers of bad news, but we’re sorry to say that you can’t do so. Once an account has blocked you, you cannot interact with that person from your account in any way.

But as far as they’re concerned, your first account on Snapchat doesn’t exist anymore.

Three ways to know if someone has blocked you on Snapchat

Before we move on, let’s ensure that you’ve been blocked. What if they’ve simply deleted or deactivated their account instead of blocking you?

Getting all the facts straight is important before moving ahead with action.

Search for their full name or username on the Snapchat search bar.

First and foremost, check if their account is still visible to you. If it’s not, don’t panic.

There are several reasons you can’t see their profile; they’ve probably either deactivated or deleted it.

Search for their full name or username from a different account.

Make sure that they don’t know about this account. For example, if this is your burner account and they knew about it, there’s a good chance they had the foresight to block it.

Instead, go with your sibling’s or one of your friends’ accounts.

If you do see their profile from a different account, we’re sorry to say that you’ve one hundred percent been blocked.

Check out your past conversations.

Although if you could see their profile from a different account, you’ve been blocked, you can still go ahead and confirm it.

Just go to your chats and see if they’re still there. If they are, try sending them a message.

You’ve been blocked if it’s pending for more than a minute, even after excellent network connectivity.

You might also get an automated message like Failed to send your message- tap to try again.

If and when the tables have turned, and you’re the one who has to block someone, we don’t want you to be stranded. Read on until the end to learn how you can block someone on Snapchat.

Here’s how to block someone on Snapchat

Step 2: The first page you’ll land on is the Snapchat camera.

At the bottom of the page, you’ll see five icons. Tap on the chat bubble icon located to the camera icon’s left.

Step 3: That will take you to your Chats page, which will contain all your chats with your friends, as long as you haven’t deleted them.

Tap on the bitmoji or the image of the user you want to block. This will take you to their profile.

Step 4: Alternatively, it’s not a problem if you don’t have any chats with them or you’ve deleted them. Tap on the icon of a magnifying glass at the top right corner of the page, right next to your bitmoji.

Step 5: Search for their username and tap on it to view their full profile.

Step 6: At the top right corner of the screen, tap on the three-dots icon.

Step 7: A pop-up menu will appear with several actionable options. Tap on the second one called Manage Friendship.

Step 8: You can either Report, Block, or Remove Friend. Choose according to the severity of the situation.  There you go. Now you know exactly how to get rid of a user on Snapchat.

Here’s How to Unblock Someone on Snapchat

What if, after having blocked someone, you made up with them? It’s a great thing if you did; after all, no one should have an enemy unless absolutely unavoidable because who knows what favor you might need tomorrow?

Fortunately, it’s quite easy to unblock someone on Snapchat after you’ve blocked them.

Step 3: At the top left corner of the screen, locate and tap on your bitmoji, which will take you to your profile.

Step 4: On your profile, tap on the gear icon at the top right corner of the screen to go to the app settings.

Step 5: Scroll down to the end of the options on the Settings page to locate Blocked. Tap on it.

Step 6: Tap on the cross beside the name of the blocked user on the blocked users’ list. On the confirmation message that appears, tap on Unblock, and your work here is done.

As we come to the end of this blog, let us recap all that we’ve talked about today.

No, you can’t block someone who’s blocked you. Snapchat cuts the connection whenever someone’s blocked, so that went out the window.

Anyhow, a few signs can tell you with absolute certainty that you’ve been blocked. Don’t do anything without confirmation!

We’ve also discussed how to block and unblock a user on Snapchat. If You Remove Someone on Snapchat, Can They View Your Story? How to Know if Snap is Sent Only to You 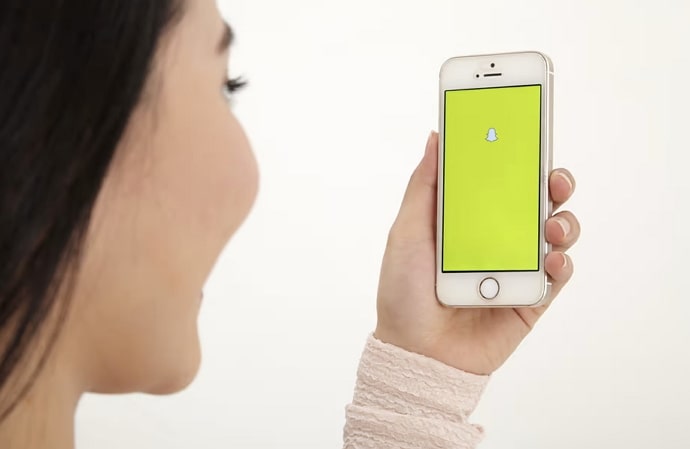 Can You Have More Than One Yellow Heart on Snapchat?

Does 😊 Emoji Mean That You Both Are on Each Other’s Best Friend Lists on Snapchat?