Social media is intricately woven into our daily lifestyle; it has become an inseparable element of our day-to-day routine. With nearly 2.5 billion monthly users, the social media giant Facebook caters to a diverse audience, unlike Snapchat or LinkedIn.

Years back, Facebook was just a coding project at Mark Zuckerberg’s dormitory in Harvard University. Little did Zuckerberg know that his project would someday change the whole internet landscape. Without any doubt, Facebook is a ground-breaking success. The platform has numerous features and interface adjustments and is easy to navigate. When you use Twitter, you are supposed to have a clear idea about hashtags and symbols.

Although Facebook now recognizes @ for tagging and # for trending words, there’s more to explore here. Your parents, aunts, and even grandparents can use it due to its user-friendly interface. You don’t require to be a techie to get hold of the platform. Because of this feature, millions are fond of Facebook and have stuck with it for a while.

Facebook keeps upgrading its features. Over the years, it has rolled out new elements such as messenger, stories, marketplace, and the list goes on. The platform seeks to evolve; this applies to the website and the mobile app, which receive regular updates. Introduced in 2016, Facebook stories have now turned into a prime feature. Before figuring out how to view someone’s Facebook stories without them knowing, let us have a clear idea of what Facebook stories are.

Is It Possible to View Someone’s Facebook Story Without Them Knowing?

At times, people want to view a story on Facebook anonymously. It doesn’t come as a surprise that when someone posts a story on Facebook, they get to see a list of users who have viewed the story. However, if you want to get sneaky for some reason, let us assure you that there multiple ways to do this. Although Facebook doesn’t permit you to hide from the one whose story you have viewed, it is good to know that there are multiple ways to get around this shortcoming. So, without further ado, let’s get straight into this!

Turn on the Airplane mode on your device

This is one of the easiest procedures to view a Facebook story without letting the story creator know about it. The only downside here is that this trick works only for the Facebook app on your smartphone. To get the hang of this method, follow the step-by-step guide mentioned below:

Step 1: Open the Facebook app and simply scroll through the stories. This gets the stories to load on the app.

Step 2: Now, with the app running in the background, go to your Settings and turn on the Airplane mode.

Step3: Open your Facebook app again and tap on the stories at the top to view them. Once you have watched them, make sure you have closed the app. 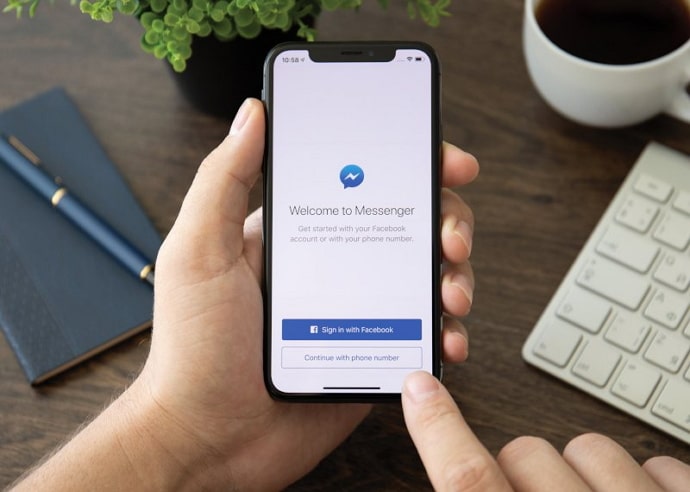