Anyone with as little as only off-the-top knowledge in social etiquette can tell you that the best way to respond to a question about your wellbeing is to say a few positive words and direct the attention on them. Don’t get us wrong; it is undoubtedly the best method to use when conversing with professional acquaintances and people you only know formally.

However, the same response cannot be correct in every case. There are always exceptions, based on the circumstances, their tone, personality, eagerness, relevance, and so on and so forth. Although it sounds complicated, trust us when we say that it’s really not. All you need to do is take just one second to think about what they’re asking, and how much information you can disclose to them based on the relationship between the two of you.

Still confused? Don’t be. In today’s blog, we’ll be talking about the best ways to respond to the question how are you feeling? We’ll try to cover the most common responses, ranging from polite to witty and negative.

Read on to the end of this blog to learn all there is to know about responding to the question how are you feeling?

How to Respond to How Are You Feeling

Now that we’ve broadly covered the intent behind someone asking you how are you doing, let’s move on to framing the perfect response to that question.

Let us imagine that you got a new job, one that you’ve been working towards for some time now, and your father and your best friend call you to congratulate you. Although the purpose behind both the calls are the same, will the conversations be even slightly similar?

This goes on to show us that there are different responses for the same question depending on who’s asking. The reply you give to your mother can never be the same as the one you give to your co-worker, right?

In this section, we’ll discuss how to frame the best, most suitable answer to how are you doing when asked by different people.

When asked by co-workers and professional acquaintances

All of us have different workplace environments and varying relationships with our co-workers. But for the sake of this blog, your co-workers are the people whom you share and office with during your shifts, and gossip with at the water-cooler. You might go out for a drink or two on Friday nights, but that’s about it. They don’t know where you live, what your middle name is, and whether or not you’re allergic to gluten.

When those co-workers ask you how you’re feeling, how would you reply?

The best responses when asked how are you feeling? by a co-worker or a professional acquaintance are:

I’m feeling really good lately, how about you?

Great, thank you so much for asking? You’re doing well too, I presume?

I’ve been feeling quite well, thanks for asking.

I’ve been good, but how about you? You seem a bit down today. Everything alright?

However, what if it’s obvious that you haven’t been feeling like yourself lately? If someone sees you daily, they tend to notice small changes in behavior, even if they don’t call you out. But, if they do, how should you respond? We’ll talk more about this in a bit.

When asked by close family/well-wishers and friends

If you really have been going through a rough patch the last few weeks, there’s no harm in disclosing that to your close friends, right? After all, they’re only looking out for you and at the end of the day, we all do need someone to talk to about our problems.

There is no proper response for this as we’re sure you have a long one planned already, but we will suggest being completely honest.

How to Respond to How Are You Feeling When…

We understand that you don’t wish to offend anyone. However, is doing so at the expense of your mental health really worth it? We don’t think so. So, here’s how you can respond to how are you feeling under different circumstances.

…You want to continue the conversation

Let us say that you came in late to work one day, which is why your overall appearance is slightly disheveled. Seeing this, your crush comes up to you and says something along the lines of hey, you doing alright? How are you feeling?

Now you might not want to talk about it much, but you don’t want this conversation to end either, right? Here are some of the most suitable responses for such a situation:

I’ve been a bit under the weather today, but hopefully, this too shall pass. How are you doing?

What can I say, each day’s better than the last. How’ve you been feeling?

Not that good, but don’t worry; I’ve been planning to lie at the press conference. 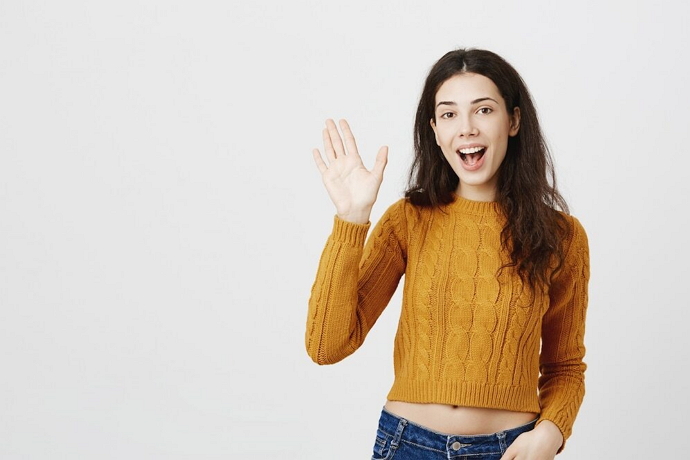