WhatsApp is one of the biggest social media platforms in the world, with two billion monthly active users. It is third to only Facebook and YouTube, with 2.9 and 2.2 billion users, respectively. It is also the world’s biggest social media chatting platform, beating Messenger, WeChat, and Telegram.

WhatsApp was launched in 2009, much later than the other chatting platforms we mentioned. And it’s also true that it didn’t receive much popularity in the first six years after its release. It was in 2015 when people started paying attention to this app, which might’ve looked simple at that time but soon proved quite efficient.

One of the main reasons why people preferred WhatsApp was its scheduled updates, which regularly bring new and exciting features. And to advertise those features, WhatsApp creates funny and relatable advertisements that you can see on YouTube or TV.

You might not believe this, but some of the most used WhatsApp features today, like turning off read receipts or status updates, haven’t always been there. These were all improvements made by the WhatsApp developers’ team to ensure that all customers have a great experience on the platform.

In today’s blog, we’ll talk about how you can fix WhatsApp’s last seen not showing or working. We’ll also discuss a few other related topics; learn all about them by reading till the end of this blog!

Contents hide
Is it Possible to Fix WhatsApp Last Seen Not Showing or Working?
How to choose who can see your last seen?

Is it Possible to Fix WhatsApp Last Seen Not Showing or Working?

First, let’s discuss the problem and the possible reasons behind it.

Let’s say you cannot see one of your close friends’ WhatsApp last seen, even though you could see it yesterday. That sounds odd, doesn’t it?

Well, even though it does, it doesn’t necessarily mean that there’s something wrong with the WhatsApp mobile app. If you’ve kept up with WhatsApp’s routine app updates over the years, you might be aware of the feature where you can hide your last seen on WhatsApp from other users. As a result, you also won’t be able to see other users’ last seen.

Maybe your friend just found out about this feature and used it immediately. After all, it does get quite stressful when everyone can see the last time we were online.

There’s always the risk of appearing rude whenever you open and close the app on your phone without replying to someone’s message. Moreover, for all intents and purposes, last seen was a perfect wall for a creepy person to hide behind while they stalked us.

We have to admit, WhatsApp was definitely having one of those productive days when they rolled out that update.

Getting back to the point, your friend must’ve hidden their last seen. But, if you can see their last seen on your mutual friends’ devices, that still doesn’t mean that WhatsApp is malfunctioning on your smartphone. It just means they’ve chosen to hide their last seen from you in particular.

We don’t mean to throw around accusations, as we know how bad that sounds. However, there is a very plausible reason behind this assumption. WhatsApp has recently released a feature to choose who you wish to show your last seen.

To strengthen this theory, can you think of a few instances where they seemed reluctant to text you back, even though they were online just a minute ago? You get bonus points if you called them out on it and told them you figured it out by looking at their last seen.

If your answer is yes, you already know what we’re trying to say. They found out about the feature and decided this was a safe way out for them.  We won’t suggest going to them about this, as it won’t help matters. The best way to deal with this is just to give them some space since it looks like that’s what they want, anyway.

How to choose who can see your last seen?

Step 2: The first screen you’ll see is your Chats list.

At the top right corner of the screen, locate and tap on the three-dots icon. A drop-down menu will appear.

Step 3: Tap on the last option on that list, called Settings. On the next page, tap on the first option called Account.

Step 5: Tap on the first option, called Last seen. By default, it is set to Nobody. You can view it to either Everyone, My contacts, or My contacts except…

There you go. You can now decide exactly who can see the last time you were online on WhatsApp. How to Read Whatsapp Messages without Being Seen 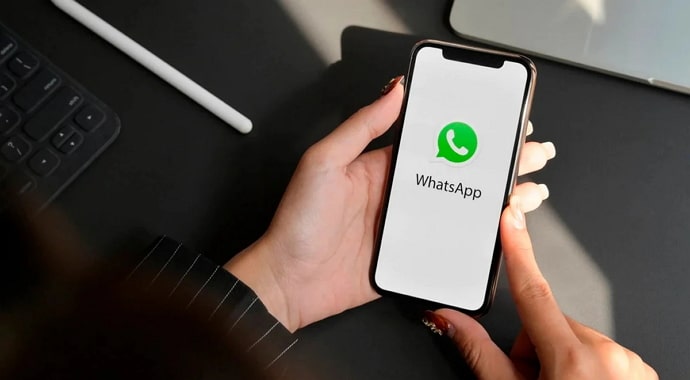 How to Hide Whatsapp Group Without Exiting How to Undo Delete for Everyone on WhatsApp

Published on 10 days ago 3 min read Published on 10 days ago 3 min read